What we can do to support young people with mental health issues now: How to deal with employment and how to start working InsightsEssays: Civil Society in JapanVoices from JNPOCOther Topics

What we can do to support young people with mental health issues now: How to deal with employment and how to start working

NEET[1], social withdrawal, depression and other mental illnesses. Young people with a variety of those difficulties have an anxiety about the future and a career insecurity. The number of single “young unemployed” people who are neither working nor attending school is 710,000. According to a 2017 survey by the Ministry of Health, Labor and Welfare, there are about 150,000 clinically depressed patients under the age of 34, and about 700,000 people suffering from depression amongst all generations in Japan. In 2008, the number of people with mental illness in Japan was about 180,000, and the number is increasing every year. What can we do now to support these people?

The Tochigi Children, Youth, and Withdrawal Counseling Center, run by the Tochigi Youth Support Organization and one of the organizations that help young people with various issues, receives about 5,000 consultations a year. Most of the consultations are about social withdrawal, but last year there was an increase in consultations about mental illness.

The Organization provides employment support to young people who wish to become financially independent in a variety of ways. Mr. Tatsuya Tsukamoto, vice president of the Organization, has been involved in youth support for 15 years. He expresses that what is important in supporting young people is what he calls “social prescription.”

He states calmly, “I can’t prescribe medicine like a doctor, but I can provide social prescriptions (Hito-Gusuri), for people to feel better by spending time with others.  For that, it is necessary to create a safe space for them in the community so that they can feel positive. Even if they leave their jobs, we don’t blame them, and we place importance on being present for them so that they can accept themselves.”

[1] NEET is an acronym for “Not in Education, Employment, or Training”, refers to a person who is unemployed and not receiving an education or job training.

An employment support that does not involve Hello Work

It is difficult for young people with various difficulties, such as mental illness or struggles in interpersonal relationships, to find a job through the conventional Hello Work[2] system. The Tochigi Youth Support Organization recommends that young people visit Hello Work and they help revise their job application documents, but sometimes the job hunting does not proceed as expected.

Mr. Tsukamoto believes that there are many young people who wish to become financially independent, but achieving independence is difficult.  Therefore, he and his organization thought that it would be better to have companies see and judge them without going through the Hello Work system. To this end, they started a program called “Shigoto-ya,” where they work with young people as a team, directly contracting work from companies.

Shigoto-ya is a place where young people who want to work but are not good at communication can get access to jobs. With the cooperation of local companies and farmers, the program serves as an intermediate employment initiative that provides practical work experience and leads to employment in stages. They hope that the entire community will nurture young people and help them achieve their goals as much as possible.

For example, Shigoto-ya’s work experience is offered at an automobile-related company that sells used cars. At Shigoto-ya, the young workers visit the company in teams of four. The company pays Shigoto-ya 20,000 yen per day, of which 2,000 yen per day is paid to each young worker. Even if one of the four is not good at a particular job, others can help him/her because they work as a team. 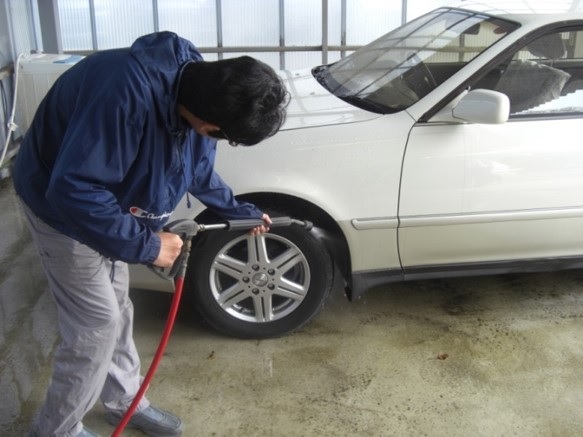 For companies, this is a good way to deal with labor shortages. Many small and medium-sized companies in rural areas are facing problems such as high employee turnover and a lack of job applicants.

Mr. Tsukamoto said, “This will lead to young people making efforts to find a job without depending on their parents. They can at least pay for their own transportation and lunches and feel less like they are being forced to do things.”

As an example of the benefits of this program, Mr. Tsukamoto described a case where a person was hired as a part-time worker through the experience at Shigoto-ya. This young man was quiet and not good at communication, but because he worked very hard during the work experience, the company asked him to work for them part-time. If he had gone through a regular part-time job interview, it might not have gone well because of his lack of communication skills.

Promoting the company as a good place to work

Even for those people with difficulties, it is better if the people around them are actually not overly cautious and sometimes dare to ask about their issues. There are farmers and small local companies that take good care of such employees. The Tochigi Youth Support Organization has so far established connections with about 40 companies for the program. Mr. Tsukamoto says that it is important to build relationships with companies that directly take care of young people without Hello Work intervening. In addition, proactively promoting the excellence of such workplaces may lead to attracting potential job seekers in the future. 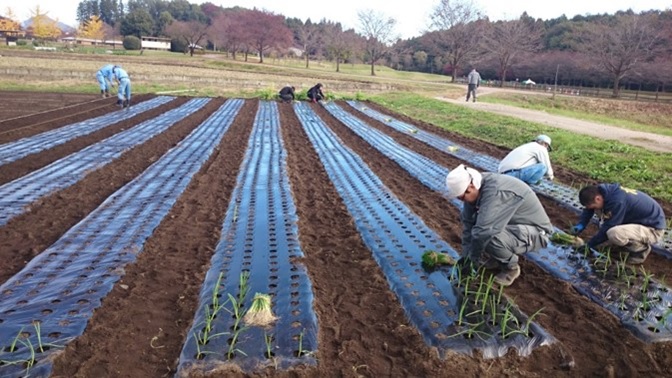 Mr. Tsukamoto states “Youth support groups and other organizations introduce job openings at companies that are friendly to and comfortable for youth workers. We want to create hiring systems that convey the company’s atmosphere and story, something that moves people’s hearts. Due to the effects of the pandemic, they are gradually starting to work online, and in the future, they are considering creating an online system where those who cannot leave their homes can also work.

The difference between working and continuing to work

Even if young people find a job, there are many cases where they leave their job in a short time and repeatedly do so with every new job for seven to eight years straight. The Tochigi Youth Support Station[3] operated by the Tochigi Youth Support Organization also provides follow-up services after they start working. Talking to new employees at the six-month or one-year mark of their employment gives the young people a chance to talk and sometimes complain about their work to people outside the workplace.

Finally, Mr. Tsukamoto’s message to young people is not a loud pep talk but a praise for the challenges they take on and advice to take things positively. “The time you spend wondering whether to leave your job or not will become a positive experience for you, as it is the time you spend facing the challenge. I would like to support them in motivating themselves and opening up their hearts. Working is not the same as continuing to work. I think it is good to keep in mind that you may be able to find the type of work you want as time goes by,” he said. I was impressed with the statement.