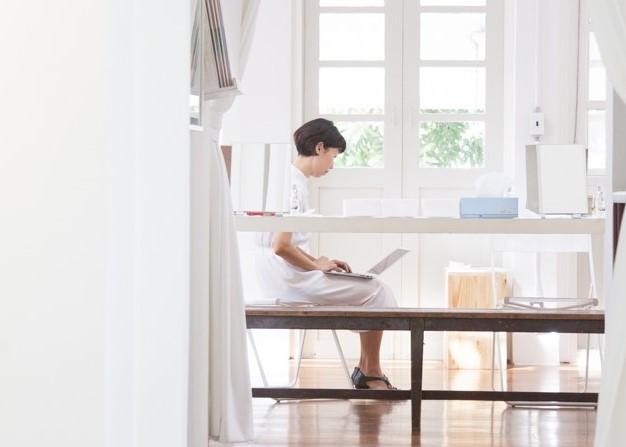 “What does my future career path look like as a woman in Japan?”

Many years ago in New York, I assisted in a month-long creative workshop for Japanese students from a women’s college in Japan. The diverse instructors, all creative artists with extensive teaching and professional experiences, provided attentive mentorship to each student. The students seemed truly inspired and motivated.  They engaged in their daily assignments enthusiastically with a tireless, hard-working attitude in order to make the most of their learning opportunities. Their sincere passion for learning really impressed me – as time went by, my admiration grew, and I eagerly anticipated their next steps when they removed their student hats, hoping to use their creative talents to join the real-world workforce in Japan.

On the last day of the workshop, the students excitingly stated, “I’ve never received such compliments in my life. Until now, I had belived that there was no strength within me.“ And, “This great experience gave me a totally new perspective.” Their enthusiasm faded, however, when they discussed their next steps: “After going back to Japan and graduating from school, how can I live?”, they worried. “Any job offers posted in our school as an all-female college were simply office workers positions,” they told me. ”Once I’ve setteled  as an office worker like many women in Japan before me, I will be forced to repeat boring tasks, staying  in the same position until I quit. My life will almost end there.”

Even though they felt fully-charged via their eye-opening-cultural exchanges with the workshop mentors, there seemed to be no place in their Japan where they could utilize their passion and vision. The lack of a work/life balance is one of this society’s biggest problems for both men and women. According to Nikkei Asian Review, Japanese full-time workers logged an average of 173 hours of overtime work per year in 2015. Although the frustrated voices in this case came up from women, these problems really illuminate a larger problem within the nation’s entire workforce, a work/ life imbalance that must be addressed to enable fair working conditions for all.

Japan is a wealthy, developed country. In the United Nations Inclusive Wealth Report in 2012, Japan received high scores in “human capital” wealth. The nation’s educational standard is high– almost half of adults finished a higher level of education than high school, and about 83% of them obtain full time employment afterwards. Japanese women’s level of education is as high as men’s. According to the Organization for Economic Cooperation and Development (OECD) survey from 2012, 59% of women aged 25 to 34 years have university degrees compared to 52% for men in the same age category. Yet, only 71% of women with a university degree are employed, compared to 90% of men.

Despite overall wealth improvement, Japan’s women’s employment situation still extraordinarily behind the average for developed nations. Recently ranked 101 out of 145 nations (just ahead of Swaziland) in gender gap ratings according to the World Economic Forum, Japan is a world loser for gender equality. The pay gap between genders is another problem. Japan’s National Tax agency in 2013 reported that the average salary of men is 502 million yen, while women stand at 268 million yen. These gender gap realities are the remains of the “housewives” era that continues to dominate in our culture, a working culture in which companies regard female employees as unreliable in the long run, and thus place women into replaceable positions since women employees tend to quit the workforce upon marriage, pregnancy or with the subsequent tasks of child-raising.

Nowadays, the double-income household model struggles to become a new standard in society, especially in metropolitan areas, but women’s overall employment situation has not dramatically changed. The OECD also reports that Japan is the worst country regarding wage penalty for women having children: once they leave the workplace on maternity leave, women are often not allowed to return to the same positions, and are typically forced to work in low paying, part-time alternatives. As a result of this vicious cycle, in a system where seniority is highly rewarded, less than 5 % of company board members are women in Japan. Also, the harsh wage penalty makes it difficult for single mothers to live without assistance, since their household income is usually not sufficient to make a living with their child(ren).

For women, now is the time to act in Japan, as there is an increasing focus on Japan’s gender inequality in national politics and the news. Recently, initiatives to cultivate women leadership have gained momentum in Japan. Merrell Lynch, partnering with the US non-governmental organization, Vital Voices, has launched a Global Ambassador Program to support women leadership in over 50 countries in the past four years. They conducted the program in Japan for the first time in October 2015. In this program, female senior executives become mentors for young female business/NGO employees for a week, and teach them various aspects necessary to build leadership skills.

The Fish Family Foundation, a private foundation in Boston, Massachusetts, is also emerging as a pioneer in fostering Japanese women’s leadership. Partnering with Simmons College in Boston, the first business school in the world designed for women, the Fish Family Foundation started a Japanese Women’s Leadership Initiative (JWLI) Fellows Program, selecting women leaders as fellows to study and visit successful nonprofits in Boston over a month long experiential learning period. The program allows the Japanese women fellows to directly engage with established leaders and learn practical leadership skills. In order to make each fellow’s experience translate into actual fulfillment and success, a one-year long mentorship, communicating with a selected mentor via Skype, will be offered after the program. The program is unique in its simplicity. There are no age, level of work, or area of work qualifications required for the candidates; the only requirement is to have a minimum amount of working experiences, and have a vision and passion for bringing positive change into Japanese society.

“I used to engage in different types of work, so I did not deal with the theme of women’s empowerment and leadership, but my career shifted when I attended a national conference about Asian women and poverty and social issues,” explains the founder of the JWLI. Atsuko Toko Fish experienced her own life-changing epiphany as a Japanese resident of the US, when she participated in the conference and saw many Japanese women raising their hands, voicing their frustrations that although Japan is an advanced country in which many women completed higher education, yet women’s social position is still quite low. This encounter made Fish determined to empower women in the workplace and society of her home country, Japan. To highlight a few recent JWLI fellows: one recently started a for-profit business providing workshops and support groups for working mothers, in support of her nonprofit organization. Another raised over $100,000 in four short months to host a conference in Tohoku to create dialogue and share ideas for collaborations among women leaders.

Another, one of the 2015 JWLI fellows, Junko Tsuda, has already helped implement the ideas she learned with the help of her company, Public Resource Foundation. The nonprofit, Public Resource Foundation, has announced the creation of the first fund specifically established for women named “Ai Kikin (Ai Funds) ”. By playing on the Japanese name “Ai” (LOVE in Japanese), they created a slogan of 3 ” I’s” : Women Initiative, Women Independent, Women Inclusive. This fund will support women facing challenges — such as fostering children, taking care of elderly parents, or struggling with disabilities — to be economically independent. Recipients will also receive hands-on advice through mentorship with women leaders in the nonprofit sector. Social entrepreneurs tackling women-related social issues will also be supported.

Shift to a truly sustainable work model for all

Women in Japan’s workforce are finally getting attention, and more reforms and initiatives like Ai Funds are vital to continue the change. These women, empowered to make a difference with the help of inspiring, motivated mentors, share the same focus and presence of the young female students I encountered in New York many years ago — yet with the crucial difference of actually possessing the power to meaningfully contribute to their workplaces in Japan. Although women’s rights are trending now in Japan, the gender gap can never be truly bridged here until the cultural work/life imbalance is addressed for everyone.

In this era of Japan’s super-aging society, a serious shortage of labor threatens, and we desperately need a new working culture and attitude. The good news: there have been an increasing number of nonprofits initiatives spreading gradually across Japan; in fact, the number has risen from 1,724 nonprofits in 1989 to 50,641 in the past 26 years, and many women are actively involved in and work in the nonprofit field.

Most of us are already aware that  the current working model is no longer sustainable: long, unproductive working hours and unquestioning obedience to rules in what has become a cookie-cutter authoritarian and patriarchal system. We must let go of such an outdated model. New initiatives will make it possible for Japan’s diverse population to work in flexible, fair working conditions. Any man and woman, part-time or full-time, disabled or able-bodied, any individual can contribute to society without depending on the existing institutionalized system,  based on their strengths, abilities, and  free time  to make our communities better.

Japan must engender a cultural shift from the current model of militarized, office drones to a society full of active, empowered, nonprofits-spirited contributors. A true paradigm shift is the only way to right the work/life imbalance in Japan. 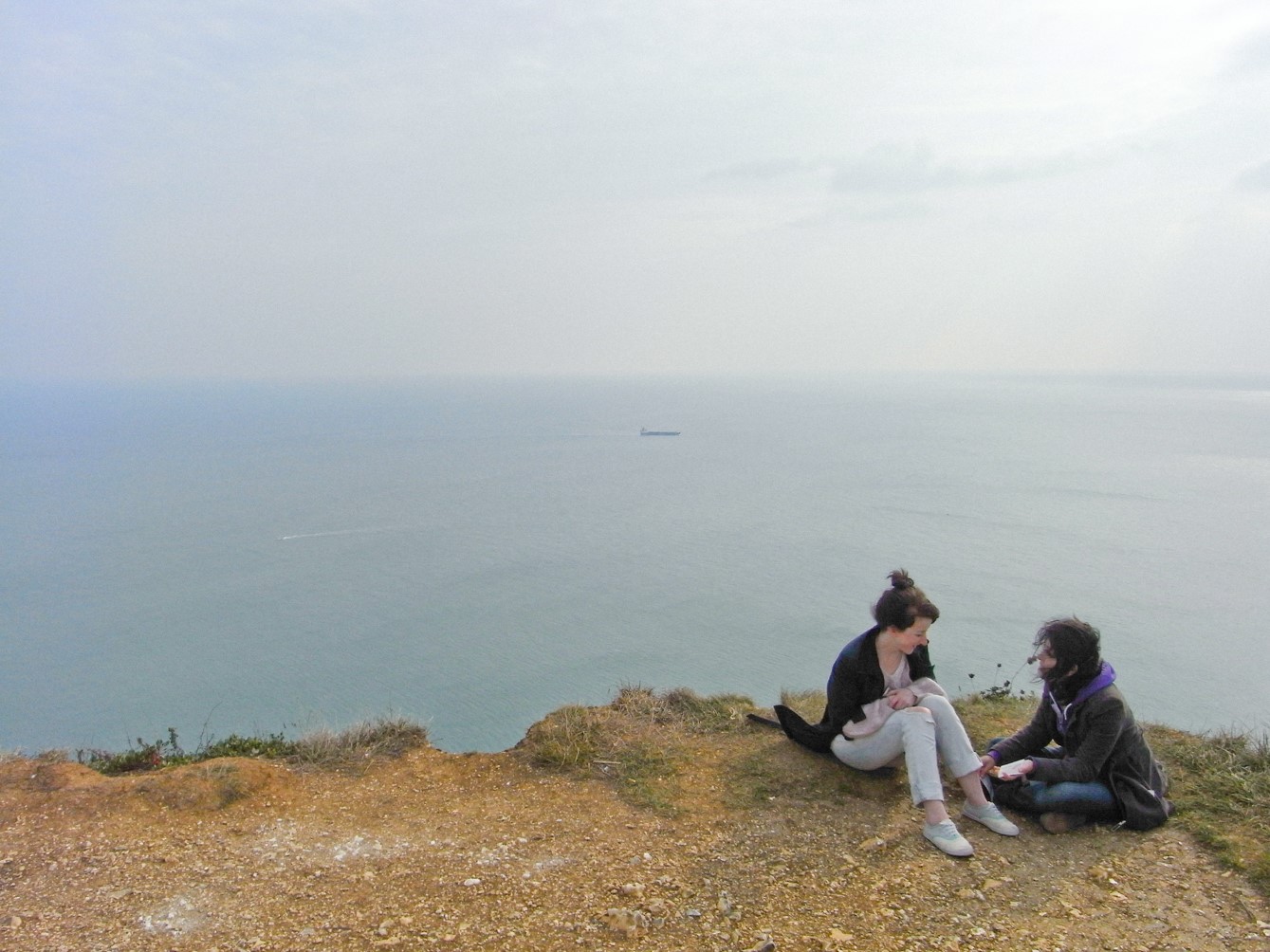 JNPOC is an associate partner with JWLI (Japanese Women’s Leadership Initiative), which is celebrating its 10th year anniversary this year in 2016. JWLI is now opened for application for its 2016 fellowships.
Details are here http://jwli.org/about/