“There is nothing more expensive than something free” Voices from JNPOC 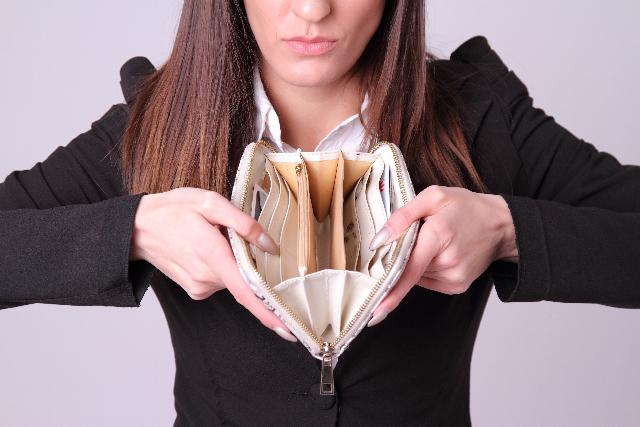 In the private sector, nothing is offered for free unless there is something to be gained for the party involved. In general, this has to do with an “increase” – an increase in the number of people using or buying a product, or participating in an event. However, all goods and services entail some kind of cost. Using the example above, let’s say you have bought a cheap lunch. If it has rice, there must be a farmer who grew the rice, a wholesaler who bought it, an employee at the lunch shop who cooked it, another employee who put it in the lunch box, and another who sold the lunch to you. Do all these people get a reasonable cut? Could it be that everyone involved gets a fair share because the owner of the lunch store makes enough money by operating on the principle of “small profits and quick returns” and selling, say, at least 1,000 lunches a day? I cannot help but wonder.

Japan NPO Center (JNPOC) offers various training courses, but none of them is “free” unless there is some special reason. The registration fee for “NPO National Forum,” a two-day event that JNPOC held in 1997, a year after the organization was founded, was 10,000 yen. Even at the time, this was considered a rather significant sum. However, the event attracted people from all over Japan who were passionate about building up civil society, and the number of participants exceeded 700, which was the break-even point. To set up a forum requires various costs – such as for labor, public relations, and securing the venue and speakers – but we organize this one because it provides NPOs with an opportunity for exchange and training. We ask participants to share some of the costs, but we try to cover them on our own as much as possible. The festivals and educational events that we organize using governmental subsidies or other support funds are offered at a much lower fee in order to encourage many people to attend.

However, what concerns me is that most of the events that are organized by NPOs as part of their commission work for government bodies are offered without charge. Various lectures and workshops are held across the nation, including those on how to manage a nonprofit, how to form partnerships with government agencies, and how to start a social business, but they are free of charge, regardless of the target audience. Perhaps it cannot be otherwise, if the event is funded with government money.

Some NPOs offer free lectures and workshops, simply because they want to attract as many participants as possible. They do not consider whether or not potential participants would be able to pay a fee, which could help meet the “costs” of running the events, and which would attest to the “worth” of these events. Instead, they try to meet the minimum cost by accepting commissioned work from government agencies. I wonder if this might prevent the significance of the given lecture or workshop from being recognized by all those involved, including the NPOs, the administrative bodies, and even the individual participants themselves.

If most of the events organized by local NPOs are thus offered free of charge, won’t the citizens get used to this? Won’t the commonsensical practice of paying for something good and necessary become a thing of the past? Can offering free events really lead to the establishment of a civil society that is shaped by independent citizens? To offer something good with confidence, I believe it is important to cultivate more citizens who can acknowledge the value of what is offered and be willing to pay for it.

While corporations and government agencies have high expectations for NPOs to act as their partners when addressing complex social issues, NPOs themselves are confronted with the significant task of figuring out how to stay financially independent. Wouldn’t this become possible if NPOs improved the qualities of their services and products (i.e. lectures and workshops) and offered them to the general public for an appropriate price? This income would not only help to diversify the source of revenue, but when combined with support funds, such as membership fees and donations, it could also create a synergistic effect that would further help NPOs to achieve financial independence.

It is certainly important to think about participants who cannot pay the fee or who are in a difficult financial situation. However, it is a questionable practice to make lectures and workshop free just because the operational costs are funded by tax money, especially when only a handful of people are able to attend. Moreover, going to a lecture or workshop is, in a sense, to invest in oneself. They say that money easily gained disappears quickly. By the same token, an experience easily gained might not have a lasting effect. People would probably study more seriously if they were paying for the opportunity out of their own pockets. Government agencies may offer free events, saying matter-of-factly that they cannot find a use for income earned by charging the participants, while for NPOs, charging fees may require much more paper work from an accounting point of view. Yet, I cannot help but feel that making lectures and workshops free for this reason alone would defeat the very purpose of arranging such events in the first place.

It is time for NPOs to start launching more and more activities for ordinary citizens. The tools and environment that we need to make this possible are almost complete.

Establishing a system in which citizens pay for lectures and workshops would allow them to express their trust in the NPO’s worth, and help them become ethical consumers. I believe that this would lead to the creation of the kind of citizen society that we are aiming for, one that is shaped as a result of the choices made by responsible and autonomous individuals – but would this be an exaggeration?

＊This essay was originally written for “Shiten-Ronten” (Our Perspective, Our Point) on the JNPOC Japanese website on July 20, 2012

“There is nothing more expensive than something free” is a translation of a Japanese proverb, “tada yori takai mono wa nai.” It means that when you accept something for free, you might be asked to do something or pay for something else in return, so that you might end up having to spend more than what you thought you had gained.