A Multi-Sectoral Platform Tackling Loneliness and Isolation Kicks Off 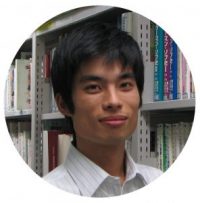 Attending from the government and public sector were Prime Minister Yoshihide Suga, Chief Cabinet Secretary Katsunobu Kato, Tetsushi Sakamoto, the Minister for Loneliness and Isolation, and Mr. Ren Ohnishi (Moyai Support Center for Independent Living) and Ms. Atsuko Muraki (visiting professor at Tsuda University) who are policy advisors to the Cabinet Secretariat’s Office for Policy on Loneliness and Isolation. From the private and civic sector, 15 organizations participated, including issue-based network organizations such as Life Poor Support Japan, All Japan Women’s Shelter Network, and Foodbank All Japan, as well as the Japan National Council of Social Welfare and the Japan Association of New Public. (*1)

The Japanese government’s action on this issue started back in February 2021, when Prime Minister Suga designated Mr. Sakamoto as the minister of state in charge of the issue, and set up the Office for the Policy on Loneliness and Isolation in the Cabinet Secretariat on February 19, 2021, just as the problem of loneliness and isolation became more apparent amid the COVID-19 pandemic. (*2) On February 25, 2021, the “Emergency Forum for Preventing Loneliness and Isolation, Understanding Anxiety, and Creating Connections” was held, where Prime Minister Suga, ministers and vice ministers from various ministries, and 10 participants from the civic sector discussed the issue and exchanged opinions.

On March 16, 2021, the “Ministerial Conference on Emergency Measures to Support Non-Regular Workers and Others Affected by the Pandemic” was held; meetings were held three times by June 8, 2021. In this conference, it was decided that the government fund a total of about 6 billion yen for emergency measures covering five themes (*3) to support NPOs and others working on the issues of loneliness and isolation. Furthermore, a forum on loneliness and isolation was held on June 24, 2021, to promote dialogue between the public and private sectors. By November 16 , 2021, total of ten forums were organized and a different topic was discussed in each with case studies shared by the nonprofits. In addition, the “Basic Policy on Economic and Fiscal Management and Reform 2021” (the so-called Honebuto no Hoshin, or “Big-Boned” Policy), which was approved by the Cabinet on June 18, includes a section on measures against loneliness and isolation. The Office for Policy on Loneliness and Isolation established the Collaboration Platform for Tackling Loneliness and Isolation based on the Big-Boned Policy announced a priority plan on December 28, 2021.

On the political side, the ruling parties have also provided policy proposals through the Special Task Force on Loneliness and Isolation launched by the Liberal Democratic Party (LDP) and the Task Force on the Prevention of Social Isolation by the Komeito party. Among the opposition parties, it is fair to say that the Democratic Party For the People (DPFP) had created a momentum to the current attention on this issue of isolation and loneliness by raising it in their urgent proposal on COVID-19 responses to Chief Cabinet Secretary Kato on December 4, 2020. On June 11, 2021, DPFP submitted a bill on the promotion of measures against loneliness and isolation.

In the recent discussions and emergency support measures, “collaboration with NPOs” has been emphasized more than ever before. In the Basic Policy, it is clearly stated that “the Government will promote dialogue with NPOs and other organizations that are engaged in measures against loneliness and isolation when formulating detailed support plans for them and related policies.” This is a clear indication of the high expectations of the Japanese government. However, I find the following three issues as challenges as this moves forward, including this issue regarding NPOs’ involvement.

The first is the mismatch between the activities and the budget. Although a large budget being allocated by the Japanese government is something positive in and of itself, each project directly executed by the government is quite large in scale and requires a lot of administrative work. Not many NPOs in Japan have enough capacity to handle such a large-scaled project nor can they provide expected services.

The third is the resignation of the Suga cabinet, who had been proactive in dealing with loneliness and isolation. It will be interesting to see how the new cabinet led by Fumio Kishida, who won the LDP presidential election, will continue this trend. In his campaign for the party presidency, Mr. Kishida stated in the third promise of his “Three Promises” to the Japanese people that he aims to create “a society where everyone helps each other.” It is my hope that what has been built up so far in addressing isolation and loneliness will accelerate without interruption in the Kishida administration as well.

So, as NPOs, how should we respond to these major developments?

I believe that what is required of NPOs here is not only to work as service providers that implement the support measures put forth, but also to actively engage in dialogue in policy formulation and reflect the knowledge generated on the ground into these policies. As mentioned earlier, many policies are entrusted to local governments in the form of grants, and this trend is expected to continue. In order to support community-based initiatives that meet the local needs, promoting dialogue between the public and private sectors at the local level would be of great significance. In this regard, local NPO support centers, in collaboration with local governments, need to take on the role to create spaces that facilitate such dialogue.

In addition, measures against loneliness and isolation cannot be fundamentally solved by simply identifying and providing services to those who have fallen into a state of loneliness and isolation. It is necessary to create a society in which people support each other on a daily basis, whether they are in a difficult situation or not, and a society in which diversity is respected. I believe that if diverse activities are carried out by diverse organizations in the community, however small each may be, and if they are able to create opportunities for the community members’ participation through their activities, then we will have a society where people can connect with and help each other more easily. In this sense, not only the organizations directly involved in tackling loneliness and isolation, but also the existence of these diverse NPOs itself has the potential to contribute to solving this problem.

(Based on this idea, a group of volunteers from the NPO support centers across Japan, with Japan NPO Center as its secretariat, submitted a “Request to the Government on Measures against Loneliness and Isolation” to Minister Sakamoto on August 11, 2021.)

These are my hopes for what is to come. That each NPO carry out their activities as openly, keeping in mind that they can help people by encouraging them to participate. That NPO support centers support small groups and create opportunities for public-private partnerships within the community. And that the Japanese government and local governments not only provide direct support, but also envision small-scale support to the various smaller organizations that exist in the community, and also create opportunities for dialogue with these organizations at the policy formulation stage. I sincerely look forward to these public-private partnership efforts accelerating in the months and years to come.

(*3) (1) Measures for livelihood support and suicide prevention, (2) Provision of foodstuff and support to food banks and children’s cafeteria, (3) Providing inclusive community to vulnerable children, (4) Consultation for women, and (5) Housing assistance.