Making connections where you can say, “Help me”: Conveying a message to junior and senior high school students through sex education NewsInsightsEssays: Civil Society in JapanVoices from JNPOCOther Topics

Making connections where you can say, “Help me”: Conveying a message to junior and senior high school students through sex education

The needed education and the current state of schools

Mr. Makino works as a surgical nurse as his main occupation. While working at the hospital, he also gives sex education lectures at junior high schools and high schools in and outside of Gunma Prefecture. He is also a board member of the Japan Society of Adolescentology, and in the wake of the pandemic, he regularly hosts online communities for sex education and online study groups where people can talk about things related to sex. 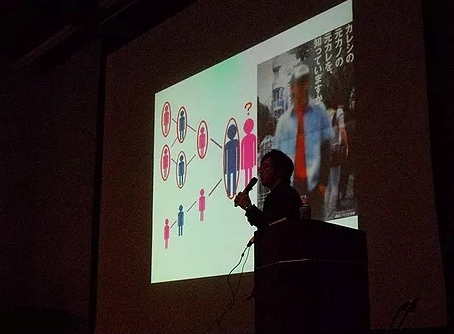 In 2019, the Tokyo Metropolitan Government revised its Guide to Sex Education for educational institutions and included previously unheard topics such as intimate partner violence, sexual assault via social networking sites, and gender dysphoria. The Ministry of Health, Labor and Welfare reported that the abortion rate for girls under 20 years old* is on a downward trend from 7.6 per 1,000 girls in 2008 to 4.7 in 2018.  On the other hand, the percentage of girls under 20 who choose abortion** is still over 50%.

The International Technical Guidance on Sexuality Education states that the comprehensive sexuality education “provides opportunities to acquire comprehensive, accurate, evidence-informed and age-appropriate information on sexuality. It addresses sexual and reproductive health issues, including, but not limited to: sexual and reproductive anatomy and physiology; puberty and menstruation; reproduction, modern contraception, pregnancy and childbirth; and STIs, including HIV and AIDS. (emphasis added by the author)” In other words, sex education is not just about teaching about how the body is made.

Mr. Makino explains the gap between the Guidance and school education in Japan. He states, “The three pillars of sex education are safety, human rights, and health, and education should start from the infant stage as a child grows. However, in Japan, sex education is considered taboo, so it starts late, and I feel that the content of the education is not sufficient. Even if they learn about pregnancy in junior high school, there are still many cases of unwanted pregnancies due to having sex without any knowledge of how conception occurs.”

Giving a lecture that will lead to change starting today

Mr. Makino began his studies at university because he was inspired by a sex education lecture by a medical student at his high school.  Today, Makino is close to his students, learning and thinking together. He notes, “I aim to provide sex education that leads to behavioral change, not numerical targets. Many of the students tell me their thoughts after my lecture and I am happy to hear that, but I also continue sex education so as to change their behavior in a positive direction, that they will say, ‘I will act differently from now on.’”

What changes does Makino want to see? Three things he wants to tell the most to his students are:

In the course of sex education, Mr. Makino realized that what is really important is the formation of human relationships. He said, “There are so many problems out there, such as unwanted pregnancies among young people, child abandonment, and domestic violence. But one of the common characteristics of those who are suffering is that they have no safe space.” For example, there was a case of a young woman who was 36 weeks pregnant and brought to the hospital but was not aware of her own pregnancy. He describes, “She was 36 weeks pregnant; it would have been obvious for the people around her, but because of her limited relationships, her pregnancy may not have been noticed by the people around her. There are more and more people who have no one to turn to for help when they are in trouble or in distress.”  He emphasizes that independence does not mean living by oneself, but rather increasing the number of people you can depend on and diversifying your support network, conveying the importance that number of persons you can trust.

Helping everyone learn to live through sex education

Asked what some interesting comments coming out of his lectures were, Mr. Makino told me this comment from one of his students: “When my partner and I were about to have sex, we didn’t have a condom. We were both ready, but after listening to Mr. Makino’s lecture, I ran to the convenience store because I knew there was a possibility of getting a sexually transmitted disease or getting pregnant.” With this student’s permission, Mr. Makino introduced this comment in his subsequent lectures, and one student said, “I ran to a store today, too,” signaling a new change. In addition, some of his students expressed their determination to reevaluate their relationships in which they had been unconditionally accepting sexual advances from their partners; other students also confided in him their distress in having been victims of sexual violence.

As for the future of sex education, Mr. Makino foresees initiatives that go beyond the school setting. He said, “I hope that the existing image of sex education will change, and everyone will be able to talk about it as a matter of course. Sex education bases its pillars on safety, human rights, and health, but it also encompasses the meaning of life itself.”  He hopes to spread educational materials such as picture books that can be easily picked up from infancy, and to create a space for people to gather where even high school students who want to study and communicate about sex can join.

Contacting email address is published on his website. He says that sometimes he receives consultations from people who found this website searching the Internet for their problems, and sometimes students he met at a lecture in the past write about their recent activities. Just as Mr. Makino had a turning point with the lecture he heard when he was a high school student, he is now making positive changes for sex education.