The 8050-problem becoming increasingly serious and complicated: What is needed to solve social withdrawal among middle-aged and older people is to create a place outside home InsightsEssays: Civil Society in JapanVoices from JNPOCOther Topics

The 8050-problem becoming increasingly serious and complicated: What is needed to solve social withdrawal among middle-aged and older people is to create a place outside home

We interviewed Ms. Yoko Takahashi, the president of a non-profit organization Taiyo-no-Wa (roughly meaning Ring/Circle of the Sun in Japanese) that has been providing support for people with hikikomori issues for nearly fifteen years.

[1] Hikikomori is a Japanese term for an individual with acute social withdrawal.

How will the socially withdrawn children live after their parents pass away?

Social withdrawal is often caused by parental over-interference or indifference, or by bullying in childhood.

The impending challenge for middle-aged and older shut-ins and their families is the so called 8050 Problem, a problem that arises when parents in their 80s support shut-in child(ren) in their 50s.

While their parents are healthy, the hikikomori can have a somewhat stable life, but how will they live after their parents pass away? Their siblings have their own lives, and it is difficult to expect a sibling to provide adequate financial support.

Ms. Takahashi said, “For those who have the potential to work, they receive training and study sessions necessary for employment, including how to use a computer, how to answer the phone, and for women, how to apply office-appropriate makeup. Sometimes I connect them with people who specialize in job placement, and sometimes I have them work at Shinyo-sha, a cleaning company that I represent.”

However, not all people who come to Taiyo-no-Wa are able to work. It is especially difficult for middle-aged people to find a job. For example, just the other day, a person in his 80s came to us for advice about his son, who is in his late 50s. He said that he had been withdrawn for about forty years and had never worked before.

The longer a person has been socially withdrawn, the more difficult it becomes for them to return to society. Most companies are not willing to hire people who have never worked before.

In such cases, the first step is not social reintegration but social participation.

Ms. Takahashi stated, “Many people with social withdrawal have led self-centered lives, waking up at whatever time they want and doing only what they want. However, participating in society means taking responsibility for one’s actions and being involved with others. By doing something together with their peers at Taiyo-no-Wa, they learn to give a hand if someone else is in trouble.

Parents who fail to recognize their children’s cries for help

In reality, only a small percentage of parents take action, such as consulting with support groups like Taiyo-no-Wa. Many families are unable to consult with anyone because they are worried about public perception or because they feel it would negatively affect their children.

Some people who have been withdrawn for a long time start to resort to domestic violence, such as lashing out at their parents, stabbing things around the house with knives, or setting fires.

“My daughter is trying to set the house on fire. What should I do?”

“Thank you for calling the police.” The daughter told her parent with tears streaming down her face.

When a person with social withdrawal raises their hand against someone, it is often a sign that they want to send out a distress signal and call for help. However, many parents are not aware of this. In some cases, parents are at their breaking point and end up harming their children conversely.

“Would you rather be the parent of the perpetrator or the victim?”

Ms. Takahashi said that it is essential to recognize the warning signs from children as early as possible in order to protect the lives of both parents and their children.

The socially withdrawn need a place other than home

In fact, Ms. Takahashi’s son was also a hikikomori before. He was bullied at school. He became a target of bullying because he was blind. She once pointed a kitchen knife at her son who had developed a video game addiction instead of studying or working. And one day, Ms. Takahashi finally grabbed her son by the neck and dragged him out of the room.

“What right do you have to do this to me?” said her son.

“I have the right because I risked my life to give birth to you. It’s too painful for you now, isn’t it? Let’s die together,” Ms. Takahashi replied.

“I know it’s my fault, but I don’t belong anywhere. I need your help,” her son said.

When Ms. Takahashi saw her son talk in tears, she finally realized that he was experiencing the most pain.

After this incident, her son set out to become independent with the support of many people. Ms. Takahashi did not interfere, but just patiently waited for him at home, cooking delicious meals. She realized that her son needed a place other than home. 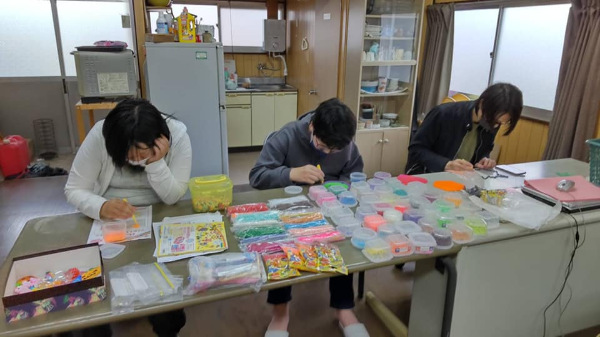 “I want to give back to society. My son has come this far because people have supported him. They became my colleagues and supported my son,” she said.

Ms. Takahashi emphasized, “Families should not be excessively supportive of their children. There are things they can’t say to each other and things they can’t see as a family. We need a third party who will not hesitate to tell us what we need to know, even if it hits a sore spot. This is for the good of the person and their family, and also what the person really wants. We Taiyo-no-Wa are the third party for them.”

“I expect the problem to become more serious in the future. The environment, in which people have to refrain from going out due to the COVID-19 pandemic, is comfortable for the socially withdrawn. It is also easy for them to develop a codependent relationship with their parents, making it increasingly difficult to escape from social withdrawal. Many companies still can’t adequately support their employees in telework, making it more difficult for those who have started to find jobs for their financial independence.”

In order to deliver the support no matter what the situation is, Taiyo-no-Wa offers a “Hikikomori Support Counselor Course” and holds seminars as needed. They also continue to appeal to the government to strengthen the support for the middle-aged and older socially withdrawn. 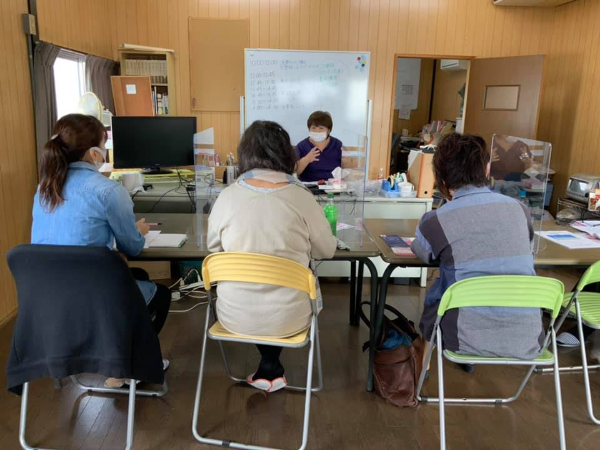 Ms. Takahashi continues to send out the following message:

“To become independent, understanding and support from parents is a must. But it is important to respect each other and to be aware that parents are parents and children are children, rather than trying to make children do what the parents want. When you are lost and don’t know what to do, please ask us for help. Reflect on the past but don’t regret it. You see you can’t change the past, but can change the future.” 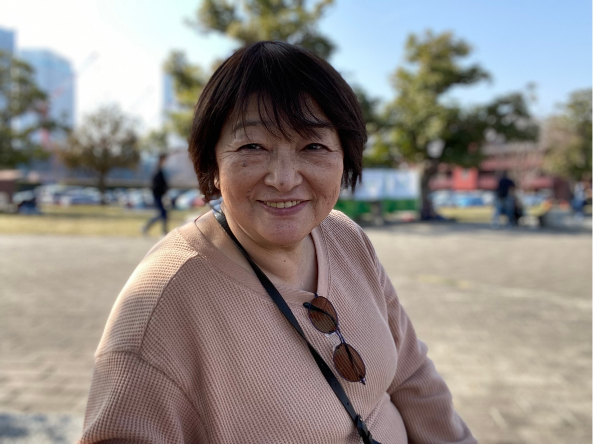 Whenever I saw a news report about parents raising their hands, after suffering from domestic violence by their own children, I used to wonder why they didn’t consult with others earlier. But by interviewing this time, I think I was able to understand the conflicts of children and parents trapped and the complexity of the problem even if a little bit. Ms. Takahashi, acting as a “mother to all,” is always there to support those in need, despite many serious challenges. I believe that Taiyo-no-Wa (the circle of the sun) will expand to make positive impacts on this complicated issue.