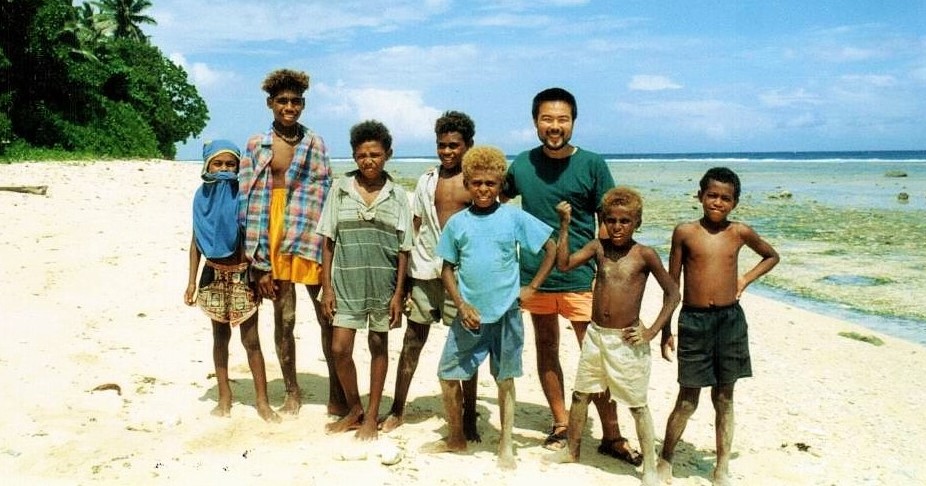 Naomi Yoshida feels that life is not easy in Japanese society today. There are a small minority of people who succeed according to the mainstream standard, as happens in every society. His question, however, is how do the rest manage and live. He saw that life was getting harder for many and that he could do only a limited amount to help if he stayed living in a ‘reactive mode’.

And that’s where he was for many years – living and working in a reactive mode. Yoshida-san was a city official of Morioka (the capital city of Iwate prefecture) for 20 years – 8 of which he spent dealing with consumer affairs. In this role he assisted those with multiple debts and felt the limitations of the siloed nature of city administration. The consumer affairs division could handle consultations regarding multiple debts, but would not go into complex family affairs such as low-income, unemployment, mental illness or the disability of family members etc. that may underpin and cause the surface issues. The government support framework for these issues was grouped into different specialty areas that were handled separately. Nevertheless Yoshida-san says that he enjoyed the work. Then an internal transfer in 2010 brought him to a different section. He thought to himself that as a “drifter” he had been staying in one place for too long and so he left the city government. The time was less than a year before the Great East Japan Earthquake hit Tohoku on March 11, 2011.

After 3.11, Yoshida-san worked in Miyako on the coast as part of the rehabilitation efforts, first as a weekend volunteer and then from January 2012 as a full-time member of staff. The non-profit group where he worked was Kurashi no Supporters (Supporters of Living), founded right after 3.11 by Miki Namioka and a small number of supporters including Yoshida-san. The service provided by this organization was called Asukura (Tomorrow’s Way of Living) school. 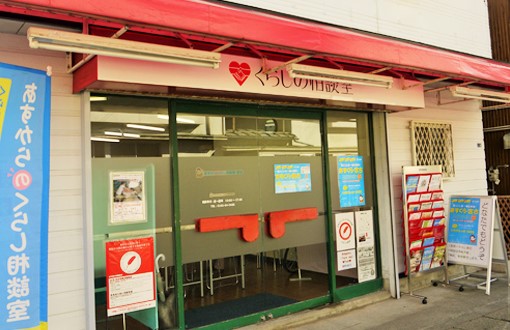 Sources of suffering were not only the disaster

When Yoshida-san went to Miyako and started to help out with the support consultations he found that the majority of people affected by the tsunami came for support with life issues that had existed since before 3.11 rather than how to cope with the immediate disaster situation. One support consultation was about issues surrounding low income where the disaster relief assistance only served as a stop-gap measure; another was with a mother who was worried about developing a new relationship with her deceased husband’s parents; another was about life in the temporary housing units where a child with a mental health disorder was causing noise disturbances among neighbours. At that time and also before the disaster, no convenient facilities existed that could provide consultation and support services regarding everyday life and minor issues in Miyako.

Yoshida-san remained in Miyako for a little over 3 years until he came back to Morioka in April 2015. He feels that the coastline of Iwate prefecture, including Miyako, did not have sufficient consultation and support facilities and many who were in need therefore moved to inland cities such as Morioka. When the disaster struck, many support groups sprang up, but not many were able to sustain their services as the funds started to dry up after 2-3 years. There is also a shortage of local resourceful people along the coastline that are able to attract innovation, ideas and ultimately funding, Yoshida-san believes.

In Morioka, Yoshida-san felt more at home. He continues working on the non-profit group’s operations there but is adding other activities, which may or may not be categorized purely as work. One of them is called Tomokura, which is a kind of informal study group that he and his friends have set up, holding meetings on a regular basis. Topics vary, but they are usually about efforts in other parts of Japan that practice new ways of living usually defying the market economy approach. By being involved in this new set of activities, Yoshida-san feels that he is finally on the offensive, exploring the frontline of alternatives to a lifestyle of purely economic supremacy. 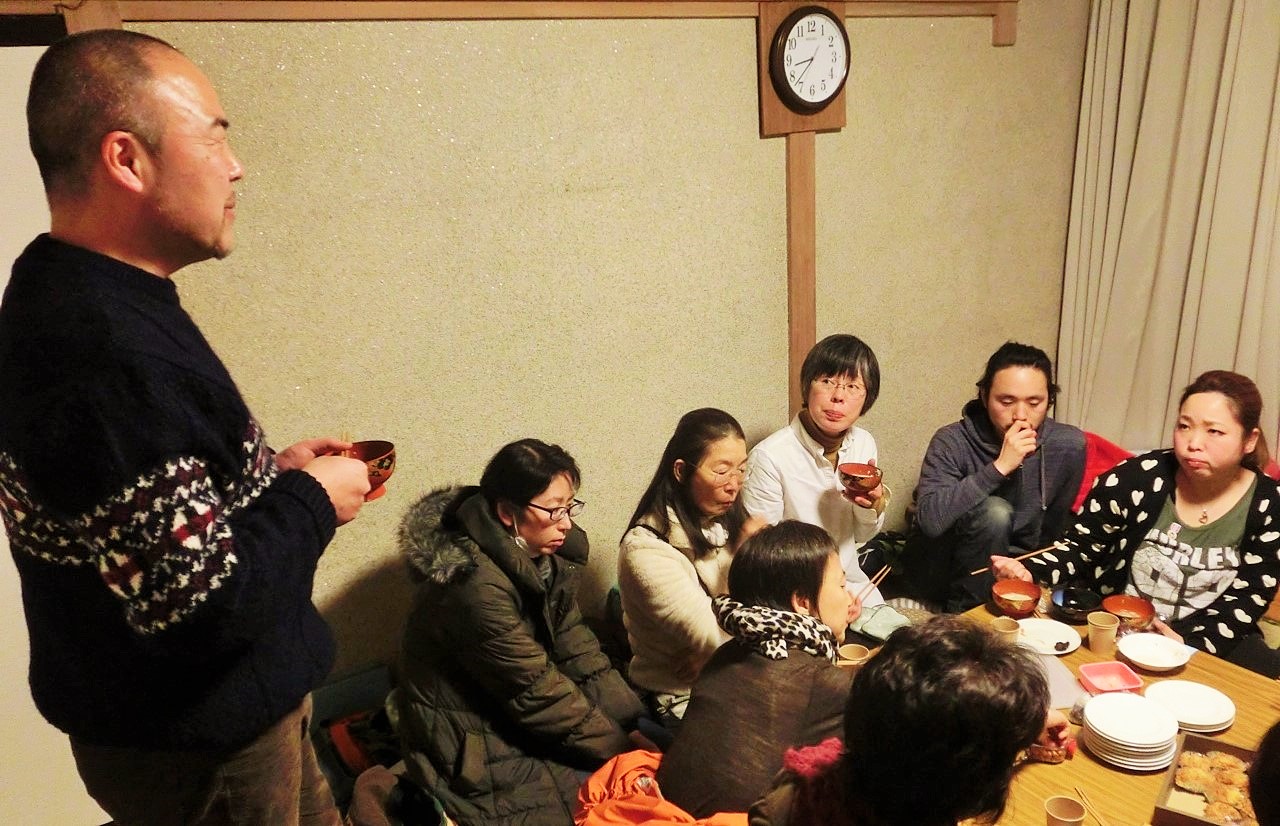 Support consultation was only a bandage

Working only in a reactive manner, Yoshida-san felt that he could only put bandages on the bleeding parts. Today’s society is one that blames those who can’t perform well. If you are poor, it’s most likely your fault. If you didn’t succeed in life, it’s either because you didn’t have the right skill-set or good luck – either way, it’s your responsibility. Through his support work, he felt that he was sending those injured out again to the harsh waters of ‘winner-takes-all’ where they would most likely drown again and need to come back for help. They had more than ample opportunities to find fault with themselves, and almost none to question society’s norms which simply tell you to stand on your own two feet.

However, if you look around carefully, there are groups across Japan which are exploring a fuller life by practicing a different set of values. Yoshida-san sees his own Tomokura as a collective learning space for these alternative practices where life is fun and rewarding even if you are not among the few fortunate that are rich and successful. He regularly invites guest speakers who talk about permaculture, eco-villages and transition town. Most recently, he and his colleagues went to see “As One Community” in Suzuka, Mie-prefecture, where there is a company whose employees work whenever they want and get paid whatever they feel they deserve.

3.11 Questioning the foundations of today’s society

In the 1990s, Yoshida-san spent two years in the Solomon Islands, working as a Japan Overseas Cooperation Volunteer. When he was working for the city government and when he quit his job there he thought he could always go back to the island where he can enjoy life. He says that he previously didn’t think Japanese society would change and accept a different set of values from that of ‘life-measured-by-economic-success’. That was changed by 3.11 – or at least that’s what happened to him. He saw many things destroyed, including people’s mindset and ways of thinking. He saw how fragile they were. The process of rebuilding the affected areas could be one of not just building back what was there before but building anew. A more rewarding and enriching set of values than the one we currently possess could be created and mainstreamed from this, he feels. This may be one of the biggest lessons we should all be learning from this calamity that caused great harm. Yoshida-san is seeing the opportunity, and that’s why he’s staying in Morioka. And if and when he decides he was wrong, he can always go back to the Solomon Islands.