A priority of social care within any society is the struggle to include the isolated: the disenfranchised, the disabled, the mentally ill, the elderly or the homeless. In the Tohoku area, over four years since the triple disasters of March 11th, the struggles for those living on the edge of society continues. With so many people within society still needing assistance, from the demands of temporary housing to rebuilding, from compensation issues to the dearth of medical professionals, how are the affected areas ensuring that the voiceless are being heard?

“Homeless” is emergency evacuation state, so we’ve always believed that the problems of the homeless can’t be solved without finding out the reason for poverty, as simply helping the homeless who came to the last stage cannot be the fundamental cure.” Seiji Imai 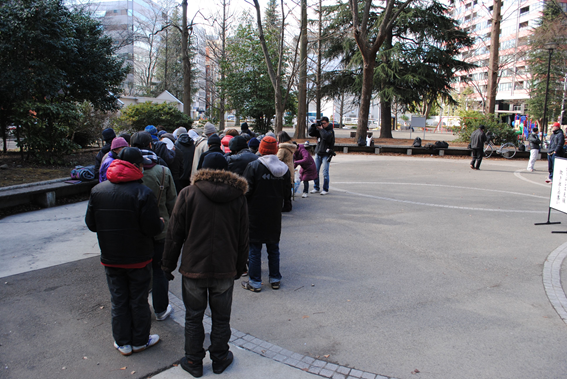 Offering warm food in a park in Sendai is another way Yomawari spreads community to the homeless. In the past twenty years, the number of people needing livelihood protection welfare in Japan has more than doubled, Professor Tom Gill explains. The number of people on the edges of society has risen, despite official homeless statistics showing a decline.

Although the government reforms in 2002 with the Homeless Self-Reliance Support Law surely helped decrease the visible homeless population, there are still many reforms needed to address the root causes of poverty and poor life skills. As Imai explains, “the first businesses to move to Tohoku after the quake were Pachinko parlors, used car outlets, and liquor stores,” Imai continues.  “Many homeless have not learned self -control or how to look after themselves, so when they are given a sum of money, they end up gambling it away. Those who had been engaged in manual labor jobs usually lived in a dormitory, so their shelter, food and clothing were automatically provided. Part of our job is to teach them basic life skills like how to cook rice, or how to clean up their room. But there is no allocation of governmental funds to provide this kind of assistance to help them become independent.” Imai also believes government case workers are overloaded, with one staff member allocated up to 100 welfare recipients to support.

“We used to be have a very different attitude towards the city government,”admits Imai, “and we worked independently as an NPO, keeping a distance from them. But at some point of our history, we realized that we needed to collaborate with the government if we really want to tackle the issues. We now have had monthly regular meetings with the Welfare Recipients and Underprivileged Citizens Support subsection, Sendai City, and share the current status of homeless issues, and make suggestions related to policy making. Also, we lead training workshops for newly hired, local government staff.”

Imai believes empathy is vital to aiding the homeless: “It’s important to look at things through the eyes of the person receiving the aid. Just giving them a place to live, a job or money doesn’t solve the problem. They need to learn how to get their lives back on track and think about the future, what it means to have a life, a job and their own hobbies.  All of these people have interests and talents. Nurturing them takes time and effort, but is a way to bring them back to society.” 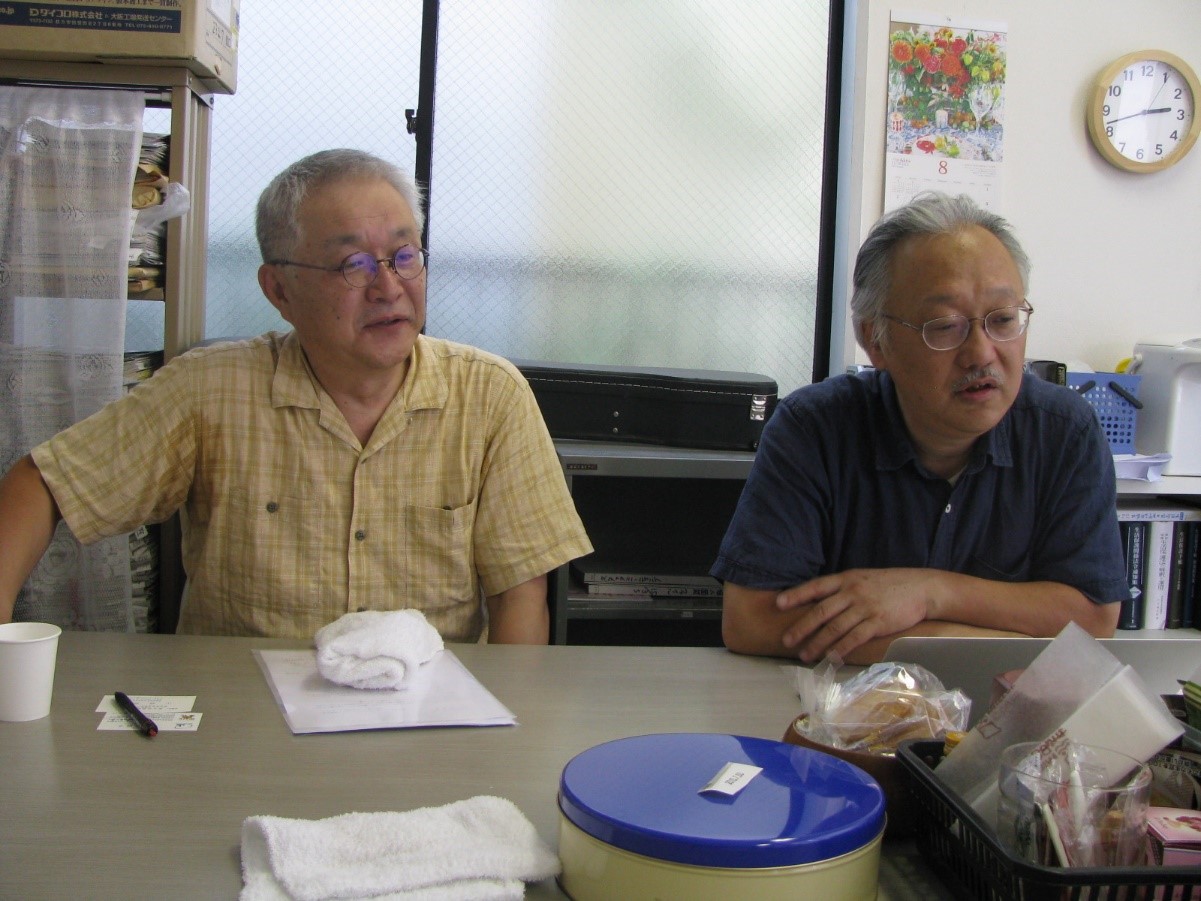 Seiji Imai and Yasuhiro Aoki discuss their work with Yomawari

Imai stresses that follow-up care is extremely important to keep the homeless in society, and such care demands consistent volunteers: “We often get people asking about our slogan, ‘Those who can, Do what you can’ but it’s more accurate to amend it to, ‘Do whatever you can, whenever you can.’ since ‘those who can’ sounds like some level of ability is involved.  Any small assistance and any slightest contribution can be truly welcome; this attitude conveys our basic stance towards outside volunteers. There’s no set schedule and we welcome volunteers whenever they’re able to come. Imai hopes someday, “society will no longer need Yomawari’s help, as there will no longer be homeless in Japan,” but he admits it is a tough goal that includes eradicating the root causes of poverty and isolation. 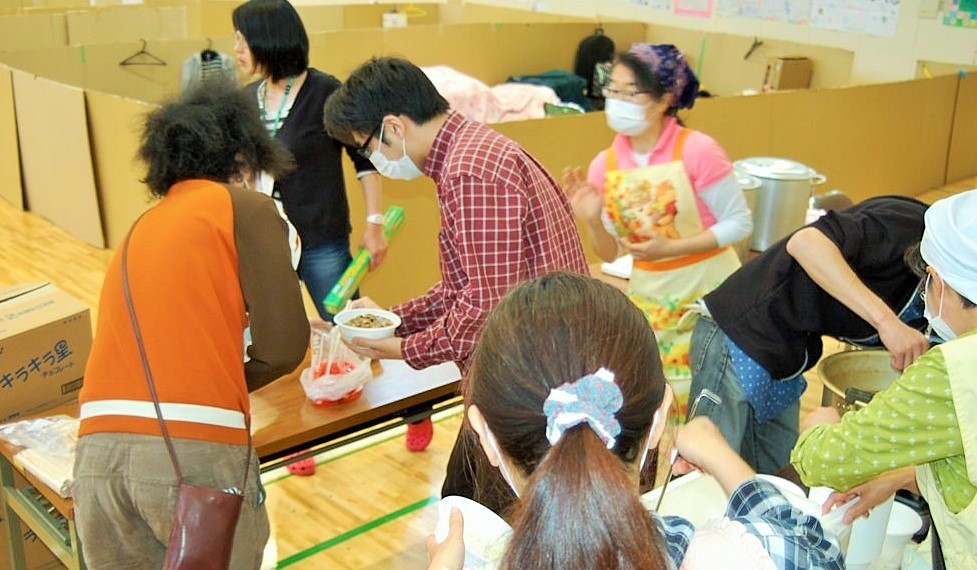 “Do whatever you can, whenever you can”, Yomawari’s motto, as seen with the activities of various volunteers. 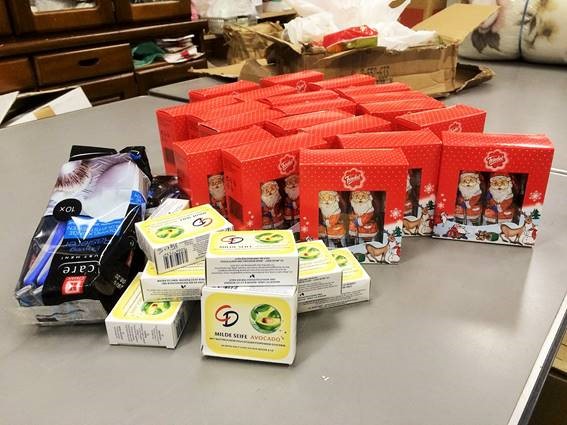 Volunteering can also be showing your service through donations; in this case, sweets sent from south Germany as Christmas presents for the homeless.