As for means of making a donation, while direct delivery of cash either by hand, donation box or street fund-raising remains high, there is a tendency of more increase in on-line card settlement than other means compared with 2012. 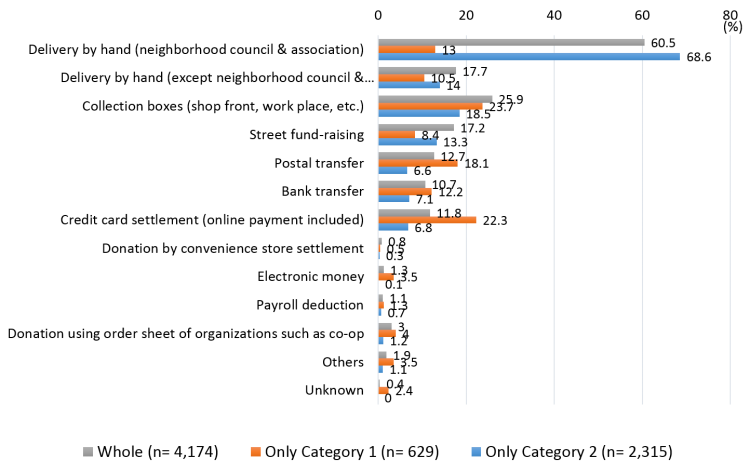 Fig.1-11 Means of donation by category

In terms of donors by age, 70% of donors aged 65 and above make a donation of “Delivery by hand (neighborhood council & association activities).” There is a 20% difference approximately compared with donors aged between 20 and 64 years old (Fig. 1-12). 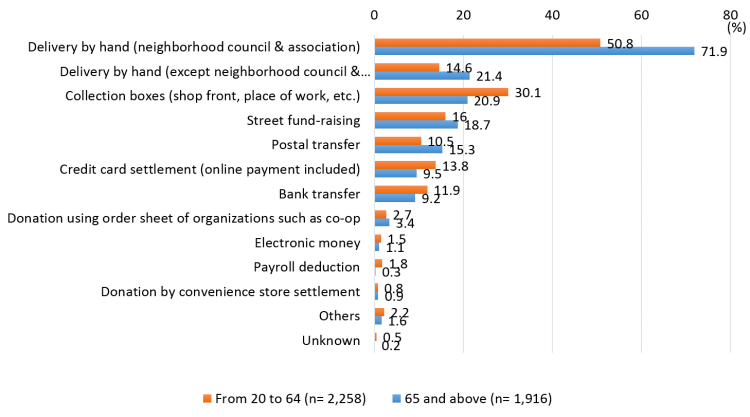 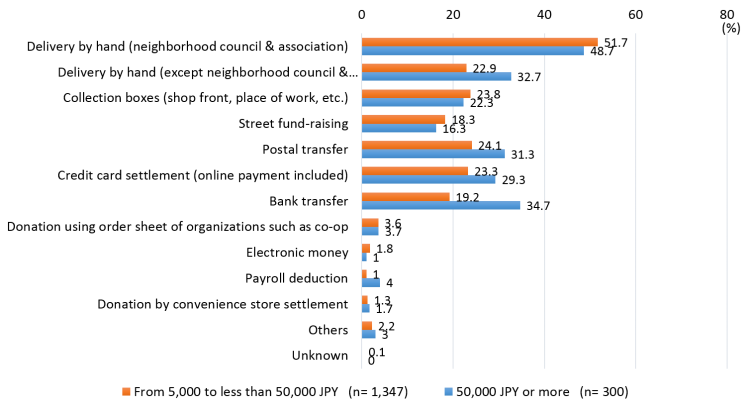 With the means of donation being diversified, we have asked if they have an intention to use new means of donation. 27.2% of donors and 14.3% of non-donors responded that they had an intention to use hometown tax donation. (This is a system that if one makes a donation to home prefecture or municipal government, the full amount of the portion that exceeds ¥2,000 in the donation will be deducted to the certain extent in principle from income tax and individual resident tax.)

Moreover, about 20% of donors and about 10% of non-donors responded that they had an intention to use a means of giving away their reward points as a donation or of purchasing products with donation.

In addition, they showed a high level of intention to use a means of “Mottainai (a sense of not letting things go to waste)” – a donation system of things that are sitting at home such as unsent postcards and stamps that could be refunded or books and clothing or the like. “Donation through Twitter” marks high with their 20’s (Fig. 1-14). 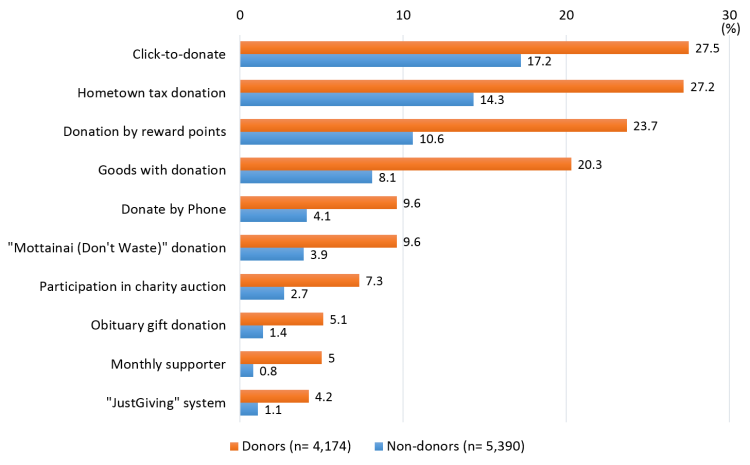